American timber framed covered bridges
2019-2020 school year
This project was the idea of our English teacher, Mrs Lochet. She had the idea to make a model of an American covered bridge so we made her idea a reality !
Mrs Lochet selected two different designs and then we split ourselves into two teams, one for each design. The two designs chosen were those of the Bridgeport covered bridge (California) and the Larwood bridge (Oregon). Our teacher in carpentry, M. Gélébart, reworked certain aspects of the designs and we set off to work. 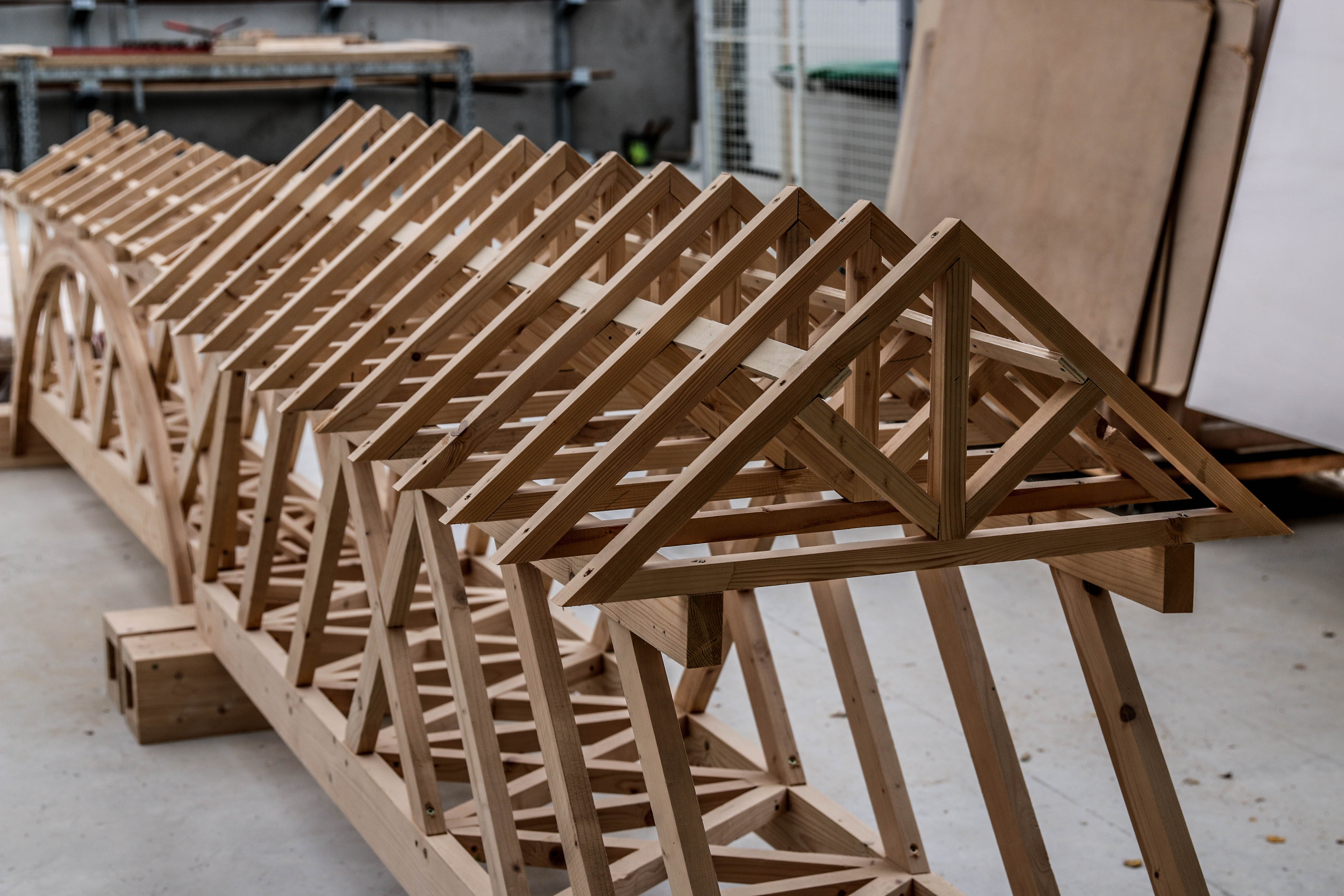 The easiest and fastest way to conceive these projects was to divide the tasks, so that is what we did. For example, it was my role to build the deck, my task was to build a framework composed of X shaped boxes which would act as a support for the floor of the bridge.

All together we were a total of 11 people, Maxence, Gurvan, Thibault, Louis , Ewen, Evans, Romain, Pierrot , Émilien, Guillaume and myself. Between us we had to build the deck, the Howe truss support walls, the framework for the roof and for one of the bridges, the arch. Once everyone had done their tasks, all that was left to do was to assemble all the different parts together and voila the bridge was finished !
It was very interesting to work on seeing that a couple of features from our trade came into play such as the framework of the roof. A very interesting feature was the arch , which helps support the bridge, that Maxence conceived. It consisted of a slow procedure of gluing thin pieces of wood together and slowly bending them into shape.
Overall, this was a fantastic project to work on. It required good teamwork because if one person did anything wrong it would let the whole project down and it’s always interesting to discover different designs of infrastructure.
Here is our finished work. 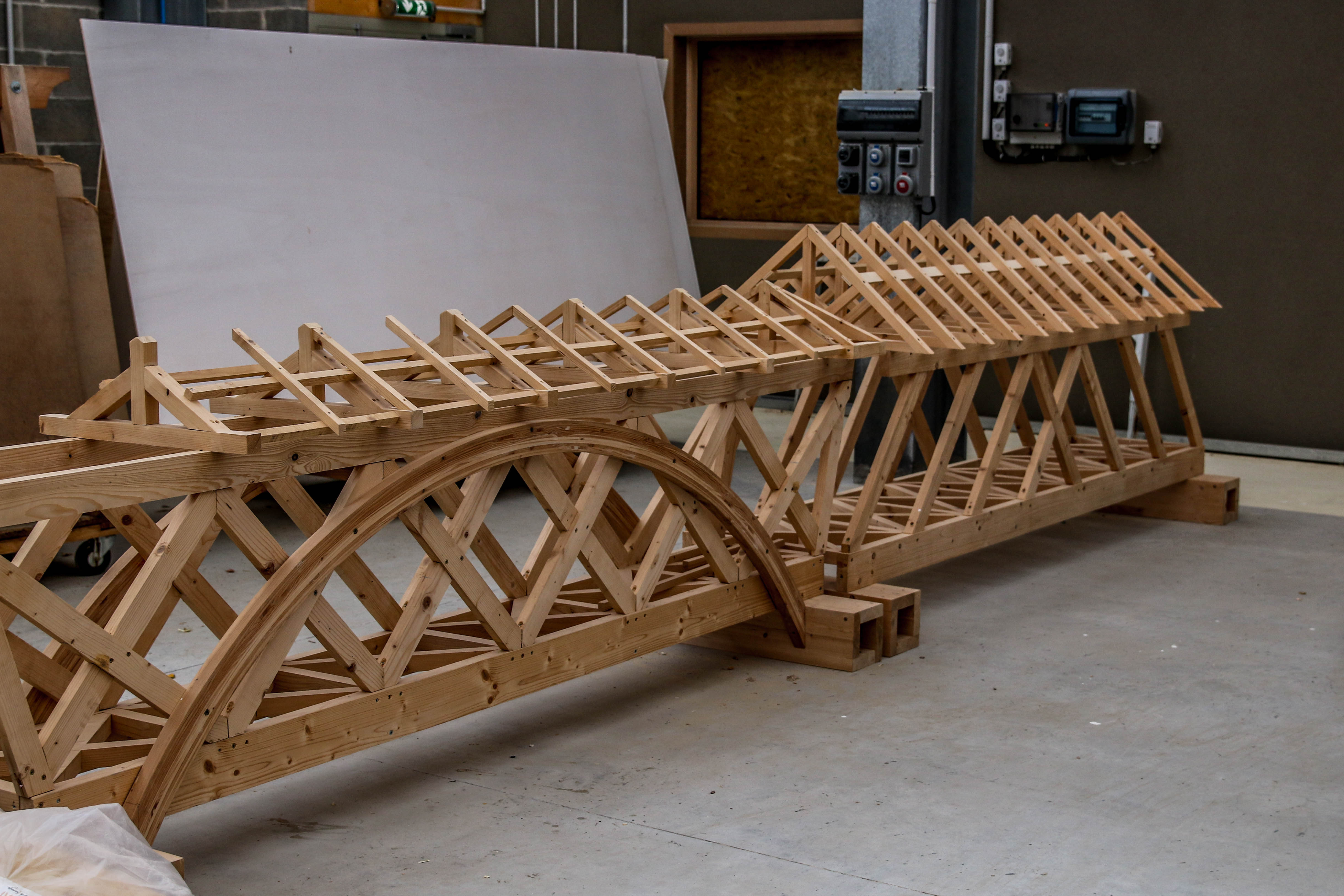